Coinbase users believe that the Crypto Exchange might be a scam as thousands are locked out of their accounts and losing coins.

People are calling Coinbase a scam after the have been locked out off their accounts for as long as sixth months without so much as a response from the company leading many to believe that the company.

RELATED: CumRocket is a crypto backed by NSFW NFTs.

The Coinbase subreddit is filled with complaints about disappearing Bitcoin, unexplained bans, and sudden lockouts and Coinbase have remained quiet about these issues. If these issues go public stocks will surely plummet. But is Coinbase really a scam or do they just have terrible support, and should investors be concerned?

According to Investors.com the Coinbase Global (COIN) IPO is one of the hottest right now and is at the forefront of the Cryptocurrency industry.

“The Coinbase IPO is potentially a watershed event for the crypto industry and will be something the Street will be laser-focused on to gauge investor appetite,” Wedbush analyst Dan Ives wrote in a note to clients. “Coinbase is a foundational piece of the crypto ecosystem and is a barometer for the growing mainstream adoption of Bitcoin and crypto for the coming years.”

However, as an actual Cryptocurrency Exchange they seem to be doing a terrible job as thousands and thousands of users truly believe they’ve been scammed by the company. The word “Conbase” is being used to describe the company in short and more and more complaints are being posted daily to their official subreddit.

Some people have waited beyond 6 months from a reply from Coinbase tech support for as little as a phone number change and have been locked out of their accounts. You cannot buy, sell, or even trade and Cryptocurrency without a 2FA verification. If you change your phone number you might get locked out of your account for 6 months or even longer.

To update your phone number you need to complete the identification verification process all over again. This requires submitting your new phone number, government verified photo ID, proof of residence, and a selfie. If there’s been a small change in details, and this includes a change of address, Coinbase can terminate your account and claim your crypto coins.

Many people on the official Coinbase subreddit have said that they’ve waited more than 6 months and have still not had their account details updated and are currently cannot even withdraw their cryptocurrencies.

“I bought some BTC back in November, and the ensuing bank transfer rejected due to an issue with my name on the account. Coinbase locked my account including all BTC and funds. When I try to link new accounts I get an error ‘payment is pending’. I tried transferring in BTC to cover the missing funds, but they just lock my the new BTC that arrives,” SpotGamma posted on the Coinbase Reddit about his locked account.

They continue, “It took about 2 months to get a response, after which they sent me instructions on how to fund my account. I explained the issue again, and got the same response. So, I complained to the CFPB and a few weeks later I received a real response from Coinbase on April 4th.”

Coinbase support responded to his email telling the user to “sit tight” while they get the issue sorted out. Understandably SpotGamma felt their response was an enraging response.

Coinbase referral appears to be a scam.

Coinbase advertises a referral program in which the referrer earns A$12.85 when their friend buys or sells A$128.5 in crypto but thousands of people are reporting that they’ve not received their referral bonuses even after they’ve contacted support.

“Like many others, I created an account on Coinbase, signed up using a referral link, went out of my way to use the unnecessarily expensive fees of standard Coinbase (instead of Coinbase pro) and did not receive the referral bonus. I ended up making three transactions, thinking somehow the first two weren’t enough to activate the stupid bonus, that’s three times the expensive fees. At this point the dumb referral bonus would barely cover the fees that I paid,” Somecoin posted on their subreddit this morning.

“This is seriously a scam,” the user said regarding Coinbase. “They cannot advertise a referral program, make you jump through the hoops and then not pay you what they promised.”

Some claim to have received their bonuses but only after multiple transactions had been made through Coinbase.

“Me and my girlfriend got it [referral bonus] soon after, but the thing was that they took fees into account for some dumb reason. So we needed to trade $127 CAD, and she sold $127. After fees she received like $124 or whatever, but we didn’t get the reward until she made a second sell bringing it over $127 CAD,” one user said.

Some Coinbase users have alleged that thousands worth of crypto has simply vanished from their wallets overnight and they’ve not received any help from Coinbase tech support regarding the issues.

One user even accused Coinbase staff of deliberately scamming them, “I’ve been locked out for months. I’ve been talking to customer service whom made me open a Coinbase wallet and deposit 200 so they could link my accounts. My 200 was stolen immediately without unlocking my account. Coinbase assured me it’s not stolen and it’s in a sky wallet. They PROMISED me if I deposited 200 again I’ll have an unlocked account and get my $400 back. Well it was stolen again and Coinbase blocked any further comments. How do you do this to people?”

According to one user Coinbase staff are not obligated to help their customers if “the users don’t know what they are doing.”

“I wouldn’t worry too much…. how many complaints have you seen here on Reddit? 50? 100? Even at 100x that, it’s still less than 1/4 of 1% of their 42 million customers. And while some of these stories sound scary, a little more digging shows that some are just butt hurt because they made some user error and CB isn’t helping to their liking when they technically don’t need to help at all,” Zac shared on Reddit.

They lied to investors.

The order requires Coinbase to pay a civil monetary penalty of USD$6.5 million and to cease and desist from any further violations of the Commodity Exchange Act or CFTC regulations, as charged.

“Reporting false, misleading, or inaccurate transaction information undermines the integrity of digital asset pricing,” said Acting Director of Enforcement Vincent McGonagle. “This enforcement action sends the message that the Commission will act to safeguard the integrity and transparency of such information.”

According to the order, between January 2015 and September 2018, Coinbase recklessly delivered false, misleading, or inaccurate reports concerning transactions in digital assets, including Bitcoin, on the GDAX electronic trading platform it operated. During this period, Coinbase operated two automated trading programs, Hedger and Replicator, which generated orders that at times matched with one another. The GDAX Trading Rules specifically disclosed that Coinbase was trading on GDAX, but failed to disclose that Coinbase was operating more than one trading program and trading through multiple accounts.

They promise to do better.

Because of the lack of Coinbase support many people are pretending to be employees and are reaching out to potential victims on Reddit and scamming them even more. Coinbase Global have admitted that they are aware of ongoing scams within their own community and have issued a warning.

“We take extensive security measures to ensure your account remains as safe as possible. We are proud that our customers have never lost funds due to a security breach of our platform. We also educate customers on best practices for securing their accounts. While Coinbase itself has never been hacked, customers may experience email account takeovers, SIM swaps, third party password or breaches of their personally identifiable information that are unrelated to Coinbase. With access to a customer’s email address and other personal information, hackers may gain access to their accounts, including, in some rare instances (.004% of the time to Coinbase customers in the last year) their Coinbase account,” a spokesperson for the company said.

“We want to thank our customers for their patience and for always providing feedback on our product. We will continue to work every day to improve the product and customer experience, and will continue to provide updates on our progress going forward,” they concluded.

Krakken, at least in my opinion, is the best alternative for Coinbase right now. Kraken is a United States-based cryptocurrency exchange and bank, founded in 2011. The exchange provides cryptocurrency-to-fiat-money trading, and provides price information to Bloomberg Terminal. They’ve also got the lowest fees in the industry and they support alt-coins such as Dogecoin and SafeMoon. So, if you’re thinking about getting into crypto you should sign up right now. 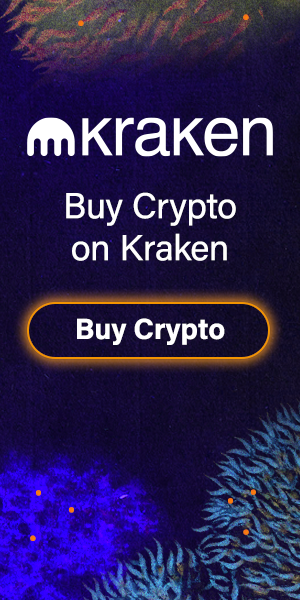 Their referral program also does pay out regularly. The payout is 20% of the trading fees collected from clients you refer to us for the lifetime of the client with Kraken — up to $1,000 USD payout per referral.

Although a lot of people may not be having any issues with the company (my account is locked for phone number change) these issues may definitely be concerning to new users and investors. What is disheartening is that — although we don’t believe they are a scam — Coinbase largely seems to ignore support tickets unless they are brought up on their subreddit. Perhaps some people are abusing the support ticketing system by spamming many requests making it hard for the tech team to respond to real requests, but regardless, this is something a professional company needs to deal with on a regular basis.

There’s no doubt that these complaints are worrying but there’s nothing to suggest that Coinbase is an actual scam. They seem to actively trying to help people on their subreddit, but the Coinbase tech team surely needs more members. It appears though the company has decided to go public too soon and cannot deal with the demand.